NETWORK's Nuns on the Bus Rolls into St. Louis 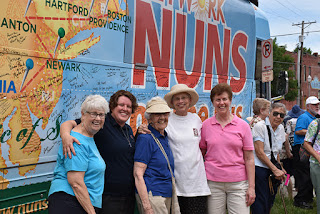 "Mend the Gaps: Reweaving the Fabric of Society"
Affordable housing was front and center when the Nuns on the Bus rolled into St. Louis on July 14. Meeting with members of the neighborhood’s Voices of Women group, NETWORK executive director and tour organizer, Sister Simone Campbell, SSS, and others from the bus walked the neighborhood then spoke to a crowd of more than 60 who gathered at the Southside Housing Coalition’s Midtown Center on South Boyle Avenue. The area is undergoing gentrification, and previously affordable houses now are out of the economic range of the local population. Sister Simone spoke of the need to “reweave the fabric of our society,” and the seven policy areas that can make change happen.
“The political cycle is a little depressing these days,” Sister Simone said. “We must hold onto the gospel, which tells us to, ‘Fear not.’ The policies of the 1980s got us into this. That means it doesn’t have to be this way. It is possible to change reality by changing policies. We have to mend the gaps.”
St. Louis was the fifth of 21 stops planned by this, the fifth Nuns on the Bus tour since 2012. The tour’s destinations are Cleveland and Philadelphia, sites of the Republican and Democratic national conventions, respectively. 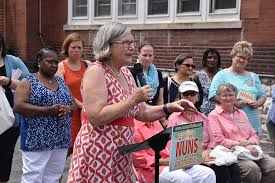 Ms Bobbie Sykes expressing her thoughts on the gentrification that is going on in the Grove Neighborhood. Low-Income families are being pushed out of the neighborhood because they can`t afford to keep up with the high-end development being built around them. We must find away to make sure the community stay diverse.


Thanks to all the speakers and the community for coming together for this special gathering. 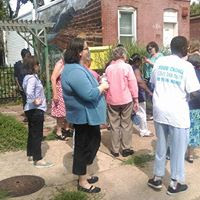 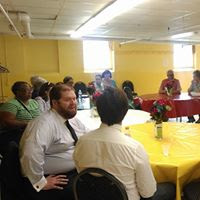 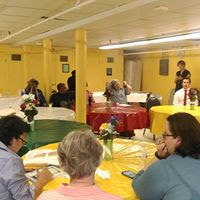 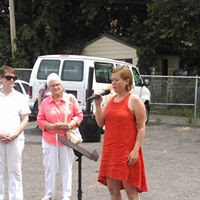 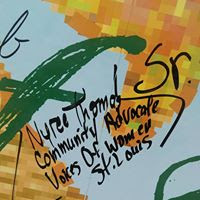 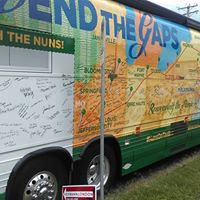 Voices Of Women
Saint Louis, Missouri, United States
Our Vision is that: Women, particularly mothers, are decision-makers. People bring diverse experience and knowledge to our efforts. Everyone contributes their efforts, ideas and hopes. We value active, consistent and continuous participation. People will be respected for their contributions. No contributions will be allowed to be diminished by anyone